Vessel conditioning - the magic that happens inside the bottle while brewing.

Two Man Advantage, a hockey-themed punk rock group once wrote a song on beer and named it - Beer Today, Gone Tomorrow. The idea behind it was to tell people that life is nothing without a beer so buy enough beer till you can.

When you pop that beer after a long tiring day and gulp it down, you see those lovely bubbles - that makes your beer all fizzy & delicious? Those bubbles didn’t get there on their own - that’s the magic created by Conditioning.

Carbon dioxide is formed naturally during the fermentation process in beer; however, the vast majority of commercial beers are carbonated artificially. Flat beer is chilled to just above freezing. It is then infused with carbon dioxide, which stays dissolved in the beer until you crack it open.

Of Course, this is one quick, easy, and cost-effective way to carbonate beer - but if you think this is it, then you are wrong. There is another way to get those bubbles and fizz - Vessel Conditioning. Some would even say that it’s a better way. Ben Coli, owner of Dageraad Brewing in Burnaby, the 2018 Canadian Brewery of the Year, is one of those people.

What Exactly Is Vessel Conditioning?

Vessel Conditioning is a process used by the breweries to naturally carbonate the beer by carefully re-fermenting the beer in the bottle, can or keg. Additional yeast and sugar are added before packaging - once a beer has finished fermenting. The next step is to store the beers at a specific temperature for two weeks or more. That allows the yeast to chew up the sugar and produce carbon dioxide in the process, thus naturally carbonating the beer.

Conditioning In A Bottle, You Ask?

Bottle conditioning may take time and adds up more work but it is ultimately rewarding - especially in context to aging. This method removes all oxygen from the packaging and the naturally produced carbonation remains in the solution. That generally makes the bottle-conditioned beers have a longer shelf life. These beers will also continue to develop and grow in complexity over time - as they undergo secondary fermentation.

“Fermentation in the bottle adds depth and character to the beer,” explains AleSong Brewing, who bottle conditions the majority of their beers. “Especially if you ferment with wild yeast or interesting sugar sources such as fruit or honey.”

Not only AleSong Brewing but also Dageraad’s award-winning beers are bottle conditioned.

“It’s awesome for a couple of reasons,” says Coli. Primarily, because on-going re-fermentation is taking place in the bottle, that yeast eats up any oxygen that gets into the beer. That means bottle conditioned beer has a longer shelf life than force carbonated beer. 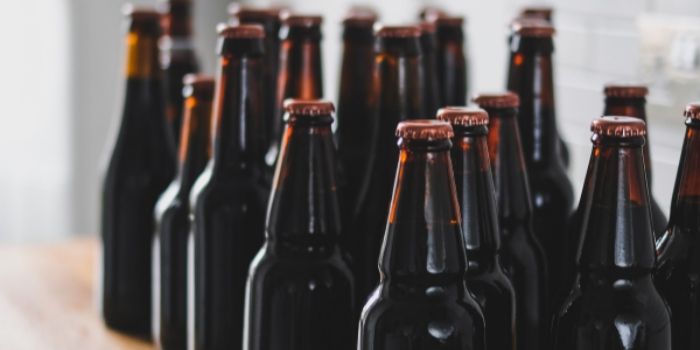 Further adding to the explanation, Coli says, “Oxygen is the main thing that makes beer go bad & and it doesn’t matter how good your packaging is, there’s always going to be a little bit of oxygen that gets in. It’s a great way for small breweries to get well-packaged stability without expensive, fancy bottling equipment.”

Secondly, due to the second fermentation which takes place in the bottle creates flavor elements called esters. For some styles of beer, these esters can take the taste of the beer to the next level - which means that bottle conditioned beer is delicious.

“For us, esters are a big component of our beers and [the beer] is noticeably better from bottle conditioning,” says Coli. “In Belgium, nearly all of the beer is still bottle conditioned, and it makes a huge flavor contribution.”

Bottle conditioning also allows beers to have higher carbonation, giving it a champagne-like fizz and sparkle.

“A lot of styles aren’t right without bottle conditioning,” Coli contends. “You can’t do proper Belgian tripel or a Saison without it, in my opinion. It’s an entirely different experience.”

It’s not sunshine always - if bottle conditioning is not done right, you may face some problems. One of the major drawbacks is exploding bottles. You might have experienced bottle bomb - if you have ever home-brewed. The yeast can over-ferment, if it is too active, causing the beer to over carbonate.

The constraint in the bottle builds up until the cap blows off or the bottle blows. Thankfully, it’s not an issue for commercially bottle-conditioned beers.

When it comes to the brewing process, conditioning is like the grand finale - but precautions must be taken. Mistakes are meant to happen. We are only humans. Dageraad lost an entire batch of its 10˚ Belgian-style quadruple because the temperature-controlled bottle conditioning room malfunctioned.

Enter your beers now and grow your beer brand in US market. Get your beers rated by Quality, Value and Package.